PROVO -- Firefighters from Utah County are part of the 28,000 working to extinguish the 66 wildfires burning across the West.
The Utah County Fire Department has crews and equipment battling the Mad River Complex near Redding in Trinity County, Calif.
The fire has burning 36,055 acres and is 68 percent contained, according to the National Interagency Fire Center.
The Utah County firefighters aren't the only “foreigners” working on major fires in the West. Officials said today that 68 firefighters from Australia and New Zealand have been deployed to incidents in Oregon and Washington.
To date, nearly 1.7 million acres have burned in the last few weeks as extremely hot and dry weather has moved into the western states.
Posted by davidbkennard at 11:30 AM No comments:

SANTAQUIN -- The wildfire burning three miles southeast of Santaquin in southern Utah County is just 5 percent contained according to fire officials.
The fire is burning mostly brush and tall grass and numerous structures are threatened, but so far no homes have been evacuated.
As of early Tuesday morning about 300 acres had been charred by the fire. Officials have not provided details on the cause of the blaze, but said it was human caused. Thanks to cooler weather, firefighters said they hope to have the fire contained by Thursday morning.
Posted by davidbkennard at 8:37 AM No comments:

PROVO -- Smoke from wildfires burning in the Pacific Northwest continues to raise clean air concerns in Utah Valley.
More than 78 large wildfires remain uncontained, most of which are burning in Washington and the northern Rockies.
The National Weather Service said Monday morning that haze will hang over the valley today as the temperature rises to about 94 degrees later in the day.
The Utah Division of Environmental Air Quality also said smoke from wildfires could cause distress among people who suffer from heart or respiratory ailments. The DEQ also asked people to avoid driving and to consolidate trips or choose cleaner transportation options in an effort to help reduce air pollution.
Weather forecasters said Monday that most of the smoke should blow out of the valley by Tuesday.
Posted by davidbkennard at 8:41 AM No comments:

Most Utah Mormons want LDS Church to split from scouting

SALT LAKE CITY -- Nearly two-thirds of “very active” Utah members of the LDS Church believe their church leaders should separate from the Boy Scouts and start a new male youth organization, a UtahPolicy survey shows. In a just-completed survey, pollster Dan Jones & Associates finds that 63 percent of those who termed themselves “very active” in The Church of Jesus Christ of Latter-day Saints  -- both men and women -- say church leaders “definitely” or “probably” should drop the long-standing relationship with the Boy Scouts of America and start their own program for boys. READ MORE HERE 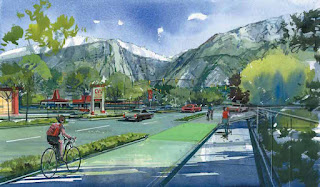 PROVO – A major thoroughfare, Bulldog Boulevard channels traffic to major destinations in Provo. With Provo High School, Utah Valley Regional Medical Center and the BYU campus all funneling onto Bulldog, the road is one of the city’s most dangerous streets. To improve safety on Bulldog Boulevard, Provo City plans to add center medians and protected bicycle lanes along the relatively short street. READ MORE HERE

Could Utah GOP boot candidates who don't go through caucuses? 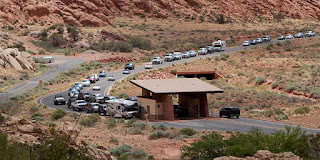 MOAB — The fees to enter Arches and Canyonlands national parks will go from $10 to $25 on Oct. 1, according to the National Park Service. Other southern Utah destinations also plan to increase entrance fees. READ MORE HERE
Posted by davidbkennard at 11:02 AM No comments: 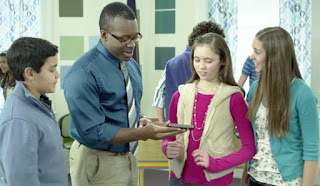 LDS Church encourages use of digital tools in 2016

SALT LAKE CITY – The LDS Church has released its 2016 curriculum with a focus on digital resources. The new lesson plans for Melchizedek Priesthood, Relief Society, Primary, Sunday School, Young Men, and Young Women can be found under Manuals on LDS.org or LDS Gospel Library mobile app. “Where possible, students and teachers are encouraged to use digital versions of 2016 curriculum materials,” according to a statement from the church. READ MORE HERE

SALT LAKE CITY – Residents in Eagle Mountain and Fairfield were happy their communities weren’t named as the site of a new Utah State Prison. The Prison Relocation Commission selected a site west of Salt Lake City International Airport and south of the Great Salt Lake based on long-range operating costs. The biggest flaw of the site is that it will take about 18 months to prepare the “soft soil” before construction can begin. READ MORE HERE

BYU linebacker treated for broken next

PROVO – BYU linebacker Colby Jorgensen underwent emergency surgery Tuesday night after he fractured his neck during practice. According to a news report from Jared Lloyd at the Daily Herald there “were no complications as the sophomore's neck was stabilized with two rods.” READ MORE HERE

PROVO -- Elder Dallin H. Oaks, from the Quorum of the Twelve Apostles of The Church of Jesus Christ of Latter-day Saints, will speak during Brigham Young University’s Commencement Exercises today in the Marriott Center. President Russell M. Nelson, also of the Quorum of the Twelve Apostles, will preside and give remarks. BYU President Kevin J Worthen will conduct the exercises. READ MORE HERE
Posted by davidbkennard at 8:41 AM No comments:

The Prison Relocation Commission is expected to name a recommended site for a new state prison today. Find the Site Screening Assessment Report from March 2015 HERE


Posted by davidbkennard at 7:07 AM No comments:

PROVO – BYU senior quarterback Taysom Hill was named to the 2015 National Performer of the Year Trophy Watch List by the College Football Performance Awards (CFPA) Monday. The 6-foot-2, 232-pound Hill has been named to the 2015 watch lists for the Walter Camp Award, the Wuerffel Trophy, the Davey O’Brien Award and the Maxwell Award in addition to being named a 2015 Phil Steele Preseason All-Independent selection. READ MORE HERE http://byucougars.com/m-football/hill-named-cfpa-national-performer-year-trophy-watch-list
Proposed prison relocation site could be revealed on Tuesday
DRAPER -- Lawmakers could learn the proposed location for a new Utah State Prison as early as Tuesday, depending on when Gov. Gary Herbert calls for a special session. Two of the four sites are in Utah County, both have seen loud opposition from local residents. READ MORE HERE

The City of Provo has released a series of videos spotlighting the candidates running for office in the upcoming primary election. Candidates were presented with five questions. Vote by mail ballots must be postmarked by Friday and polling place will open on Tuesday. Only District 3 and the Citywide II seat will have a primary election. READ MORE HERE

Museum to remain open during remodeling

PROVO – A section of the Monte L. Bean Life Science Museum at Brigham Young University closed temporarily on Tuesday for remodeling. The rest of the museum, including Life on Top: Apex Predators, the Fred and Sue Morris Bird Gallery and the Boyd K. Packer Gallery will remain open during the project. “The area affected by the closure is home to the African Elephant, Protect Your Planet, Into Africa, Insects, Life Submerged and Children’s Room exhibits,” according to a statement from the university. “Remodeling will involve replacement of the ceiling, lighting, mechanical and the floor coverings in this area.” READ MORE HERE
Posted by davidbkennard at 7:33 AM No comments: