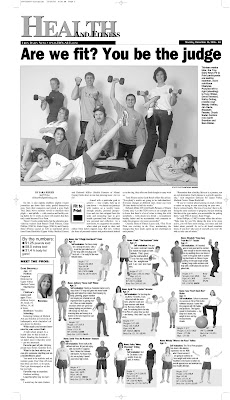 Posted by davidbkennard at 4:34 PM No comments:

The crowds of people were everywhere that busy day in Bethlehem.

Vendors shouted from the corner stores, selling wares and food items to the people making their way through the streets in the city of David.

A governmental order had been sent out for all the people to be counted to determine the tax for Caesar Augustus, the Roman Emperor.

The day was mild.

The sun was shining.

Flocks of sheep and goats grazed in the field around the city.

Mary and Joseph were recently married and were living in Galilee, where Joseph worked as a carpenter.

They were humble people who made their way to Bethlehem on a donkey, but the trip was slow going as Mary was about to deliver her first child.

A child she knew had a future that she had been told would change the world.

For now, though, she was as uncomfortable as any expectant mother.

Her husband, Joseph, had been patient during the trek, but was anxious to get into the city to find a room for the night.

There were no rooms to be found.

The tired couple finally found a place to rest in a small grotto, a barn of sorts.

Among the animals, they found a quiet place for the mother to deliver her child, by herself in a strange city with only her husband to help.

“And she brought forth her firstborn son, and wrapped him in swaddling clothes, and laid him in a manger,” according to Luke in the New Testament.

Mary and Joseph stayed in Bethlehem for several days as they finished their business, but they soon found that the birth of the baby Jesus sparked great interest.

The Apostle Luke said, “there were in the same country shepherds abiding in the field, keeping watch over their flock by night.

“I bring you good tidings of great joy, which shall be to all people.

For unto you is born this day in the city of David a Savior, which is Christ the Lord.” Luke says “suddenly there was with the angel a multitude of the heavenly host praising God, and saying, ‘Glory to God in the highest, and on earth peace, good will toward men.’” Curious, the shepherds, who witnessed what could only be described as a miracle, went into the city to find the baby “lying in a manger.

And when they had seen it, they made known abroad the saying which was told them concerning this child,” according to Luke.

News of the birth soon spread throughout the area.

One family telling another until many people, even those in influential office, heard about the birth of the new king.

From that eventful day until today, the story of Christ’s birth in that crowded city, under the watch of simple animals, has been carried to people throughout the world.

From the time I was a child, Christmas was a day Dad didn’t have to work.

Together with my brother and sisters, we helped Mom in the kitchen.

We opened our gifts, took silly pictures and wondered why batteries were not included in all our electronic toys.

We knew Santa had been there because the cookies had bites out of them and the milk was gone.

Santa’s gifts were never wrapped and our stockings were always filled with strange things that could never have been purchased in local stores.

The TV stayed off until well into the afternoon and the house was filled with torn wrapping paper, plastic boxes, Styrofoam and the smell of ham.

It was a wonderful time.

It still is today as I enjoy the same Christmas traditions with my own family.

All across our county and even around the world, today is a day of tradition that began more than 2,000 years ago when a husband and wife gathered to wonder at the gift they received in the form of a tiny baby.

Today we celebrate Christ’s birth by gathering as friends and family, giving gifts to each other in the tradition of the season.

Whether you’re a Christian or non- Christian, an agnostic or atheist; whether you give tidings of Merry Christmas, Happy Holidays or Season’s Greetings; whether you sing hymns in church or watch football on TV on Sundays, today is a day to turn our focus on the spirit of the season.

David Kennard is the editor and publisher of the Troy Daily News.

You can send him e-mail at Kennard@tdnpublishing.com.
Posted by davidbkennard at 1:45 PM No comments: