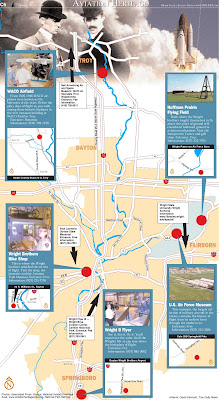 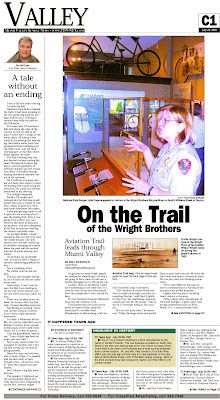 Posted by davidbkennard at 4:50 PM No comments: 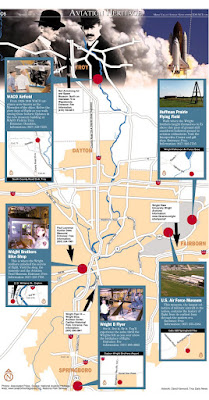 Posted by davidbkennard at 11:27 AM No comments: 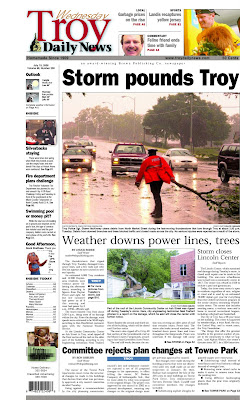 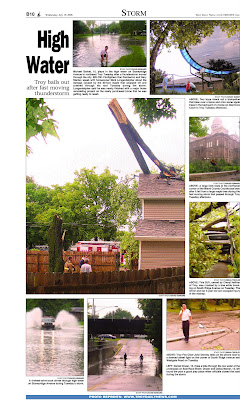 Posted by davidbkennard at 12:43 PM No comments: 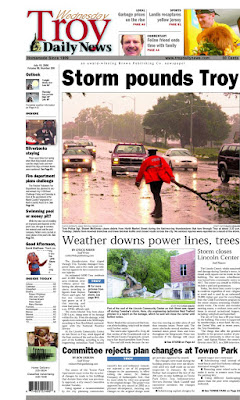 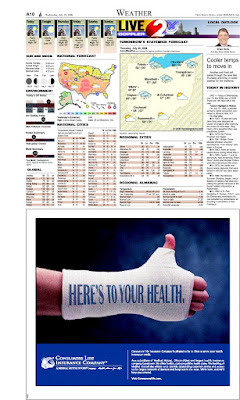 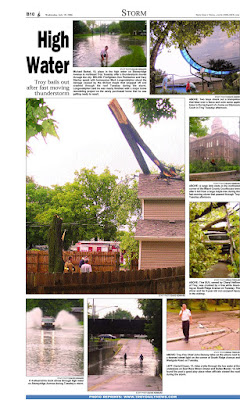 Posted by davidbkennard at 7:59 AM No comments:

July 2, 2006 -- Spirit of Independence given birth by early Americans

As you sit in your driveway Tuesday, drinking your lemonade and watching the kids burn themselves on sparklers, pause for just a minute to recall why we celebrate the Fourth of July.

We celebrate, of course, to mark the signing of the Declaration of Independence in 1776. That eventful day was told mostly by early newspapers and by word of mouth following the surrender of British troops in Yorktown in 1781.
It wasn’t until two years later, however, in 1793 that America became officially recognized by “the crown” in the Treaty of Paris and still another year before the newly formed Congress actually ratified the action.
The long delay, from 1776 to 1794 —almost 20 years — is a good example of how the government still works today. Of course there was the small matter of overthrowing the greatest military in the new era.

So the real question is: On what date should we celebrate the birth of our country? On the date of conception in 1776, or on the date 20 years later when it was actually born? My answer is Aug. 9, 1757.

Any historians out there? That famous day in history marked the beginning of the fall of the British empire on the North American continent.

Four days earlier, the sound of locusts hung in the late summer air as red coated regulars scrambled to shore up the walls of the massive Fort William Henry.

The 2,400 soldiers, carpenters, laborers and family members that operated the fort just east of the finger lakes region of upstate New York had heard about the massive French force that planned to lay siege to the fort sometime in the coming days.

Lieutenant Colonel George Monro, a veteran British officer with plenty of military service on his resume, had already sent runners with a message to nearby Fort Edward for assistance in dispatching the French.

Had it not be for a rouge gang of American Indians tapped into service by the French, we may still be pledging allegiance to the Union Jack instead of the Stars and Stripes.
The dispatch never arrived at Fort Edward and the French began their siege of the most prized fort on the “Western Frontier.”

Fort William Henry was a massive collection of walls made of heavy logs, mud and boulders. It was a prize that needed to be taken if France was to secure its trade routes from Canada into the lower continent.

The French commander in North America, Louis-Joseph Marquis de Montcalm, knew about forts. He had already taken several British forts by force and had no intention of letting William Henry escape.

But Montcalm was a decent man by war standards. Before he ordered his cannons to fire on the walls of the edifice to British might, he sent in a white flag as an offer for the enemy to
surrender.
Monro refused, of course, and the fight began.

The already humid air soon became choked with thick smoke as the bombardment commenced.
American Indian warriors used the thick cover around the fort to slowly pick off the defenders mounted high on the walls above.

The fight lasted only three days before Montcalm sent his second-incommand Francois-Gaston de Levis into the fray with yet another white flag to allow the British to surrender.

Monro initially refused, but de Levis had no intention of annihilating his foe, and offered what to this day is considered one of the most generous military offers made.

Monro was allowed to leave the fort with his survivors if they promised to not fight the French again for 18 months.
They would keep their personal items, their weapons and their flags.

The sick and wounded would remain and be cared for by the French and returned to the British when they were able.

How could he refuse? Monro, in return for his civility treated Montcalm to a feast the following day.
And so the British kept their pride intact as they left William Henry in the hands of the French.

A side note: The wild card in the whole affair was the large group of American Indians who were not civil by any stretch of the imagination.

As soon as the British had gone, they rushed in, scalped the dead and took the survivors prisoner along with whatever bounty they could find. This appalled Montcalm, who to his benefit, spent the better part of the next year trying to find the captives and return them to the British.

He succeeded in finding all but about 200.

Word of the fall of William Henry spread across the frontier.

That message was heard loud and clear by an already frustrated provincial population of American colonists who were growing angrier by the day at the treatment they received from the King of England.

It was only four months later that a young British officer by the name of George Washington resigned his commission in the British army to become a tobacco farmer in a small town named Mt. Vernon.

Long before the war for independence was fought by our earliest patriots, this other war, the French-Indian War, set the stage for the birth of the greatest country on the planet.
Happy Independence Day.

David Kennard is the publisher and executive editor of the Troy Daily News. He’s on vacation this week in the Finger Lakes region of upstate New York, but you can send him email at kennard@tdnpublishing.com.
Posted by davidbkennard at 6:12 PM No comments: