EDITOR'S NOTES: A few films to prepare you for Flowertown Festival

SUMMERVILLE, SC -- The annual Flowertown Festival is upon us, and with it comes the 200,000-plus bouquet of people that will bloom onto Main Street on Friday, Saturday and Sunday.

See how I did that?

Next to the Bridge Run in Charleston, this is the biggest event in the Lowcountry. If you prefer a smaller crowd head over the St. Stephen for the annual Catfish Festival, which also takes place this weekend.

But it’s the Flowertown Festival which will be the blockbuster event. And, like any major motion picture release, has been highly anticipated, previewed and teased.

In an effort to get you in the Flowertown mood for this fabulous event, I’ve thrown together a quick list of movies with flower themes.

“BEAUTY AND THE BEAST,” 1991 or 2017. Disney’s formula for telling classic tales is once again exercised in its most recent release. The rose plays an integral role in the story. The prince must find true love before the last petal falls or he will forever be transformed as the “hideous beast.” This movie had such an impact on my young son that now, 25 years later he can still recite the entire opening scene by memory. “It's not right for a woman to read. Soon she starts getting ideas and thinking.” -- Gaston

“DRIVING MISS DAISY,” 1989: As an Academy Award winner starring Jessica Tandy, Morgan Freeman and Dan Aykroyd, this wonderful film tells the story of a wealthy Jewish socialite and her black driver, Hoke. Most movie charts list this as a comedy-drama, which isn’t entirely accurate, considering every copy of this film comes with a box of tissues. QUOTE: “I had the air-conditioning checked. I don't know what for. You never allow me to turn it on.” -- Hoke Colburn.

“BROKEN FLOWERS,” 2005: The Lowcountry’s own Bill Murray stars as the introverted Don Johnston (that’s with a “t”), a man in search of the anonymous woman claiming to be the mother of a son he never knew existed. As always, Murray delivers his trademark quirky performance on a quest to solve the riddle. Hilarity ensues. Quote: “I, uh- I ran into somebody. Somebody's fist.” -- Don Johnston

“WIZARD OF OZ,” 1939: You probably recall the near failure of Dorothy Gale and her merry men, and dog - almost failing to reach the Emerald City because of a field of poisonous ruby poppies, which threatened to put them to sleep until their dying day. I’ll skip the symbolism of the poppie that many have attached to the book/film. Spoiler alert: Dorothy and Toto survive, but in 1939 the film barely did. While it was nominated for six Academy Awards, it lost to “Gone With the Wind” for Best Picture. It also was a financial box office bust, barely covering production expenses. However, since that time it has become one of the most loved films in American cinematic history. Quote: “Poppies... Poppies. Poppies will put them to sleep. Sleeeeep. Now they'll sleeeeep!” -- Wicked Witch of the West.

“BIG FISH,” 2003: This is a great story that will likely make you cry. OK, it made me cry, but I cried when Luke got his arm cut off by Darth Vader after learning that (spoiler alert) Darth was Luke’s father. Also, it stars Ewan McGregor, who also played Obi Wan Kenobi in Star Wars Episodes 1-3. The Star Wars films have very few flowers in it so rent Big Fish if you are looking for flowers, specifically thousands and thousands of daffodils. Quote: “A man tells his stories so many times that he becomes the stories. They live on after him, and in that way he becomes immortal.” -- Will Bloom

“THE WAR OF THE ROSES,” 1989: This is a very disturbing film about two people, Michael Douglas and Kathleen Turner, who love each other, then hate each other. Dani Devito plays the slimy attorney and delivers an excellent performance as the narrator of sorts. Don’t watch this movie unless you are in a foul mood. If you want to see a happier movie starring Douglas and Turner, rent “Romancing the Stone,” which also stars Devito, coincidentally. Quote: “There is no winning. Only degrees of losing.” -- Gavin.

“STEEL MAGNOLIAS,” 1989: This is a wonderful film starring Dolly Parton, Julia Roberts, Shirley MacLaine and Sally Field. Again, bring tissues. My favorite scene is when the neighbor uses a shotgun to clear the trees of birds threatening to interrupt a wedding reception - classic guy move. Quote: “I'm not crazy, I've just been in a very bad mood for 40 years!.” -- Ouiser Boudreaux

“WALL-E,” 2008: Here’s one for the kids. There are actually no flowers in this film, but I’m counting it anyway. A lonely robot saves Earth and humankind by teaming up with other machines in space to prove life can exist on the planet. The tomatoes sprouting in my windowsill made be think of this one. Quote: “Dirrrrr-ect-tivvve?” WALL-E.

There are a few more, that I’d love to include, “Little Shop of Horrors” because of Audry II; “The Princess Bride” because of Princess Buttercup and of course “Vertigo” because of the prominent role the flowershop plays.
Posted by davidbkennard at 12:41 PM No comments: 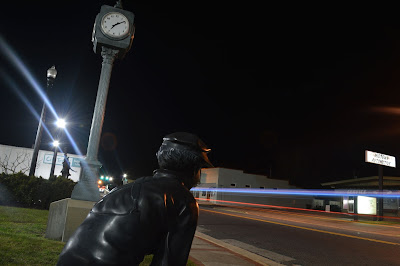 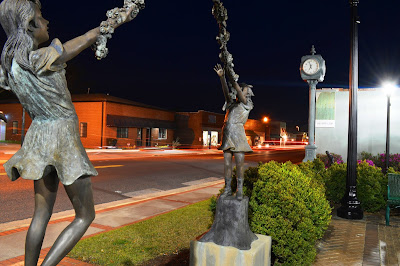 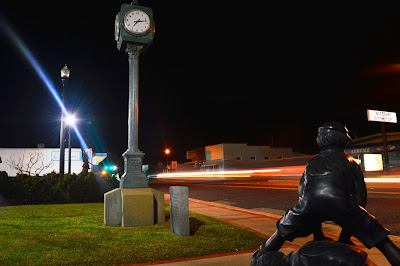 Posted by davidbkennard at 1:20 PM No comments: